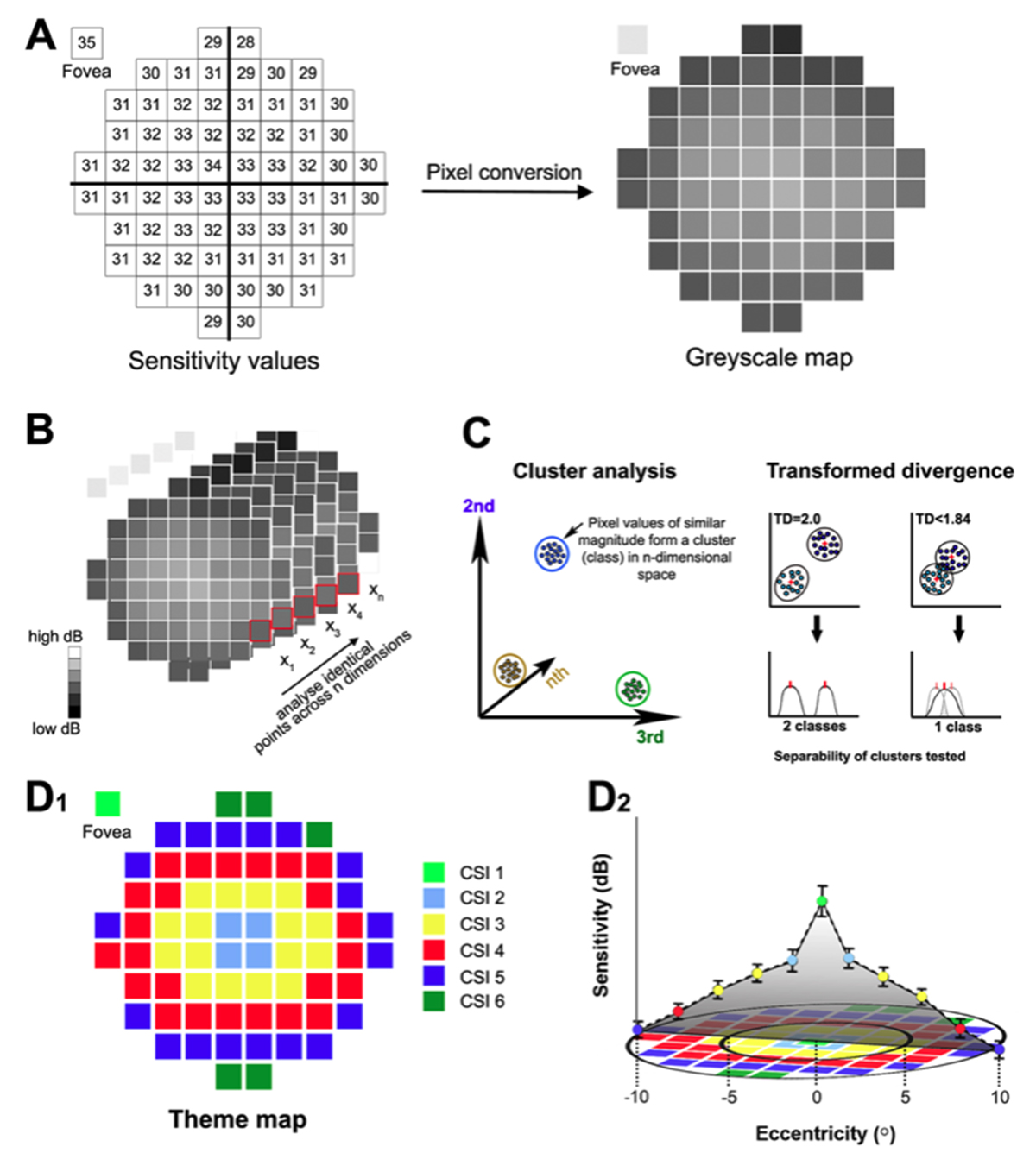 We have a new manuscript out in Nature Scientific Reports, Contrast Sensitivity Isocontours Of The Central Visual Field.

Abstract: Standard automated perimetry (SAP), the most common form of perimetry used in clinical practice, is associated with high test variability, impacting clinical decision making and efficiency. Contrast sensitivity isocontours (CSIs) may reduce test variability in SAP by identifying regions of the visual field with statistically similar patterns of change that can be analysed collectively and allow a point (disease)-to-CSI (normal) comparison in disease assessment as opposed to a point (disease)-to-point (normal) comparison. CSIs in the central visual field however have limited applicability as they have only been described using visual field test patterns with low, 6° spatial sampling. In this study, CSIs were determined within the central 20° visual field using the 10-2 test grid paradigm of the Humphrey Field Analyzer which has a high 2° sampling frequency. The number of CSIs detected in the central 20° visual field was greater than previously reported with low spatial sampling and stimulus size dependent: 6 CSIs for GI, 4 CSIs for GII and GIII, and 3 CSIs for GIV and GV. CSI number and distribution were preserved with age. Use of CSIs to assess visual function in age-related macular degeneration (AMD) found CSI guided analysis detected a significantly greater deviation in sensitivity of AMD eyes from normal compared to a standard clinical pointwise comparison (−1.40 ± 0.15 dB vs −0.96 ± 0.15 dB; p < 0.05). This work suggests detection of CSIs within the central 20° is dependent on sampling strategy and stimulus size and normative distribution limits of CSIs can indicate significant functional deficits in diseases affecting the central visual field such as AMD.