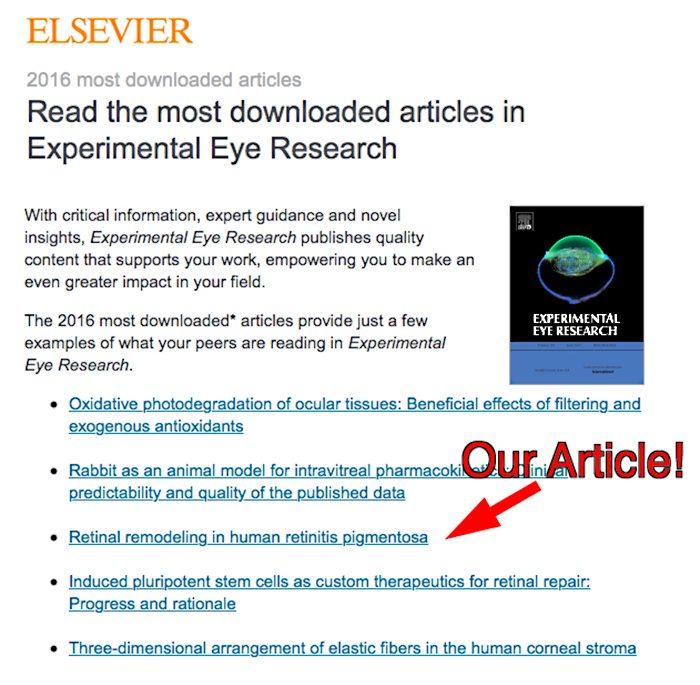 Our article, Retinal Remodeling in Human Retinitis Pigmentosa made the most downloaded list in the last 90 days for Experimental Eye Research!