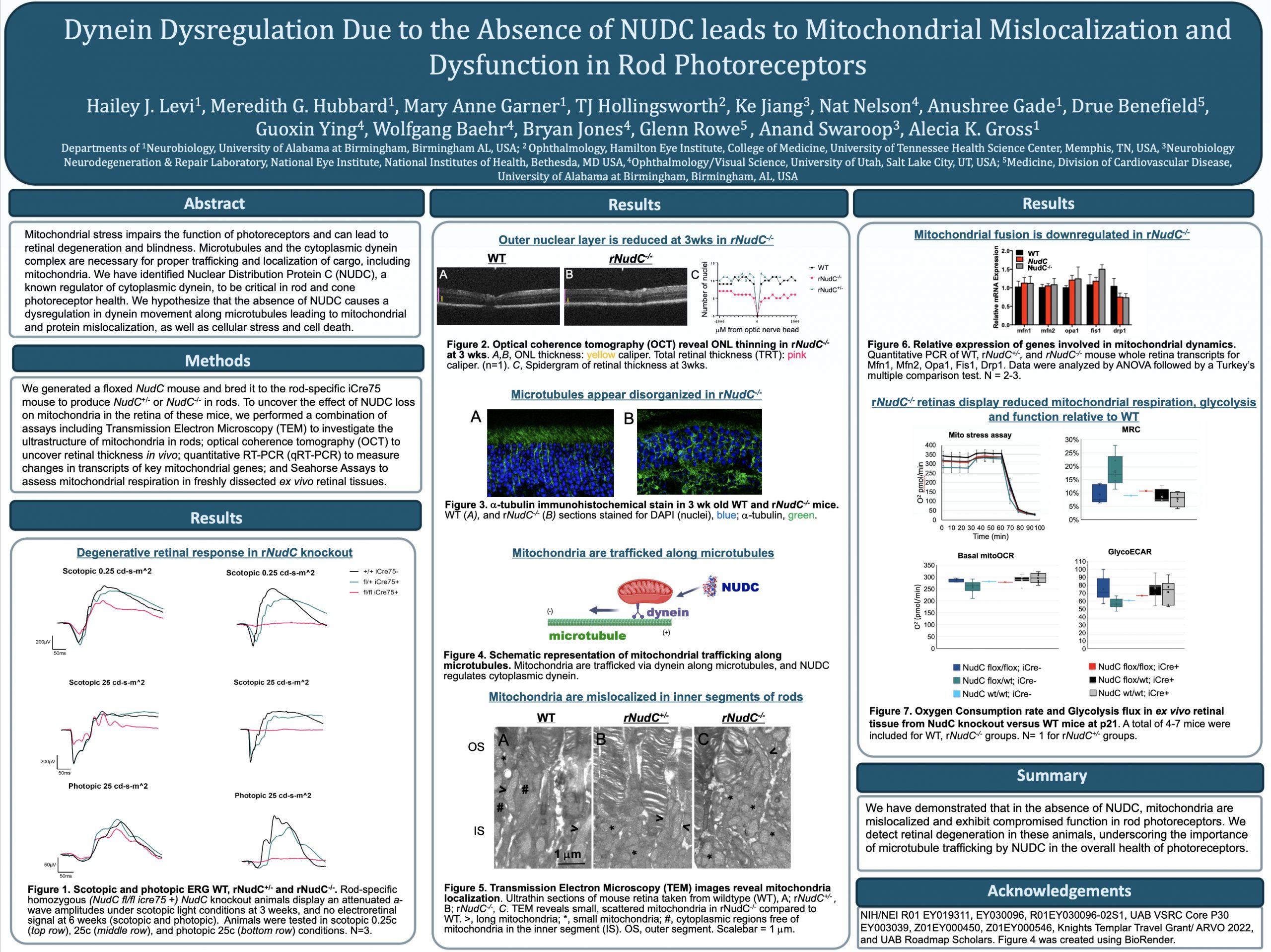 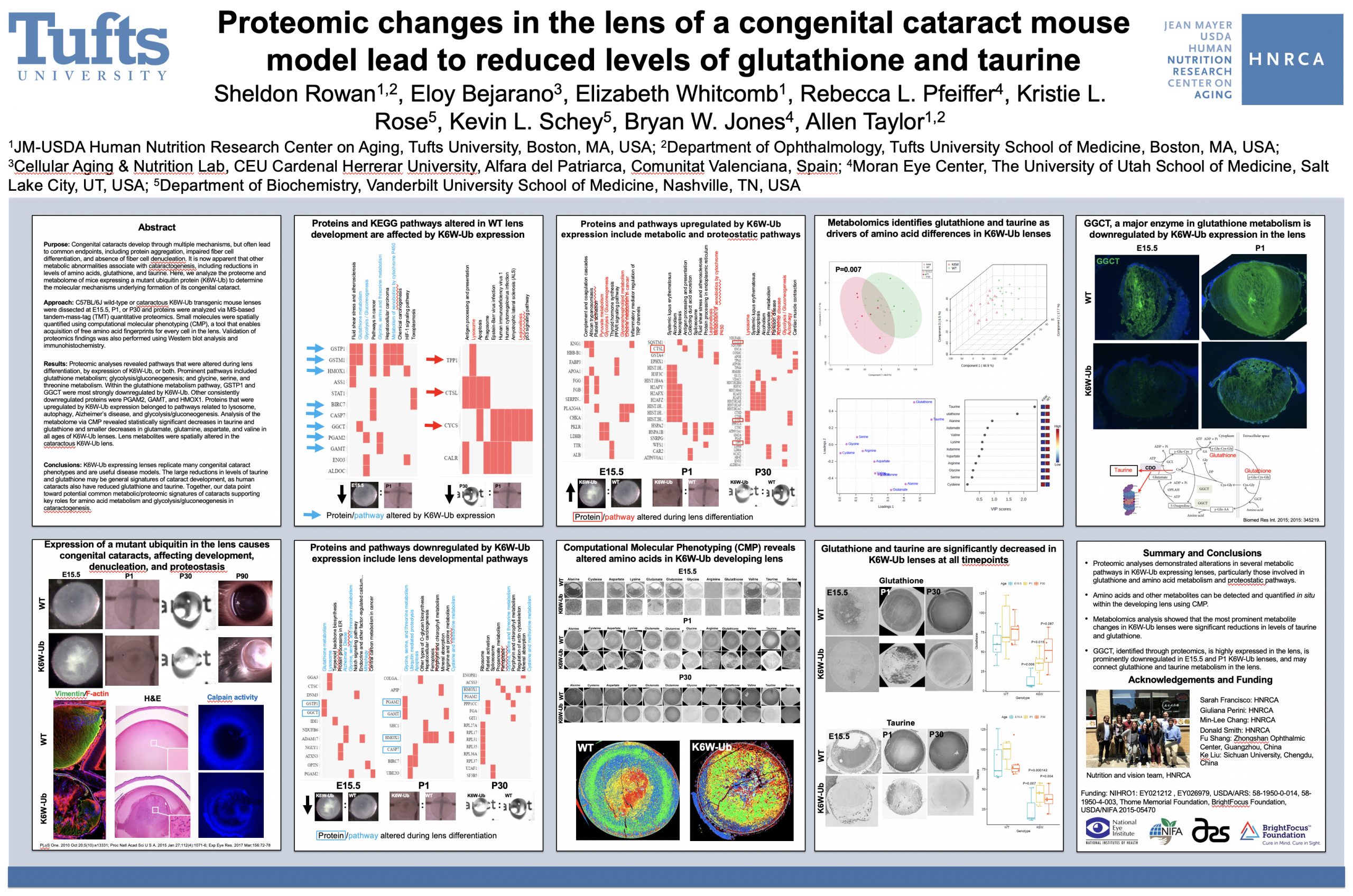 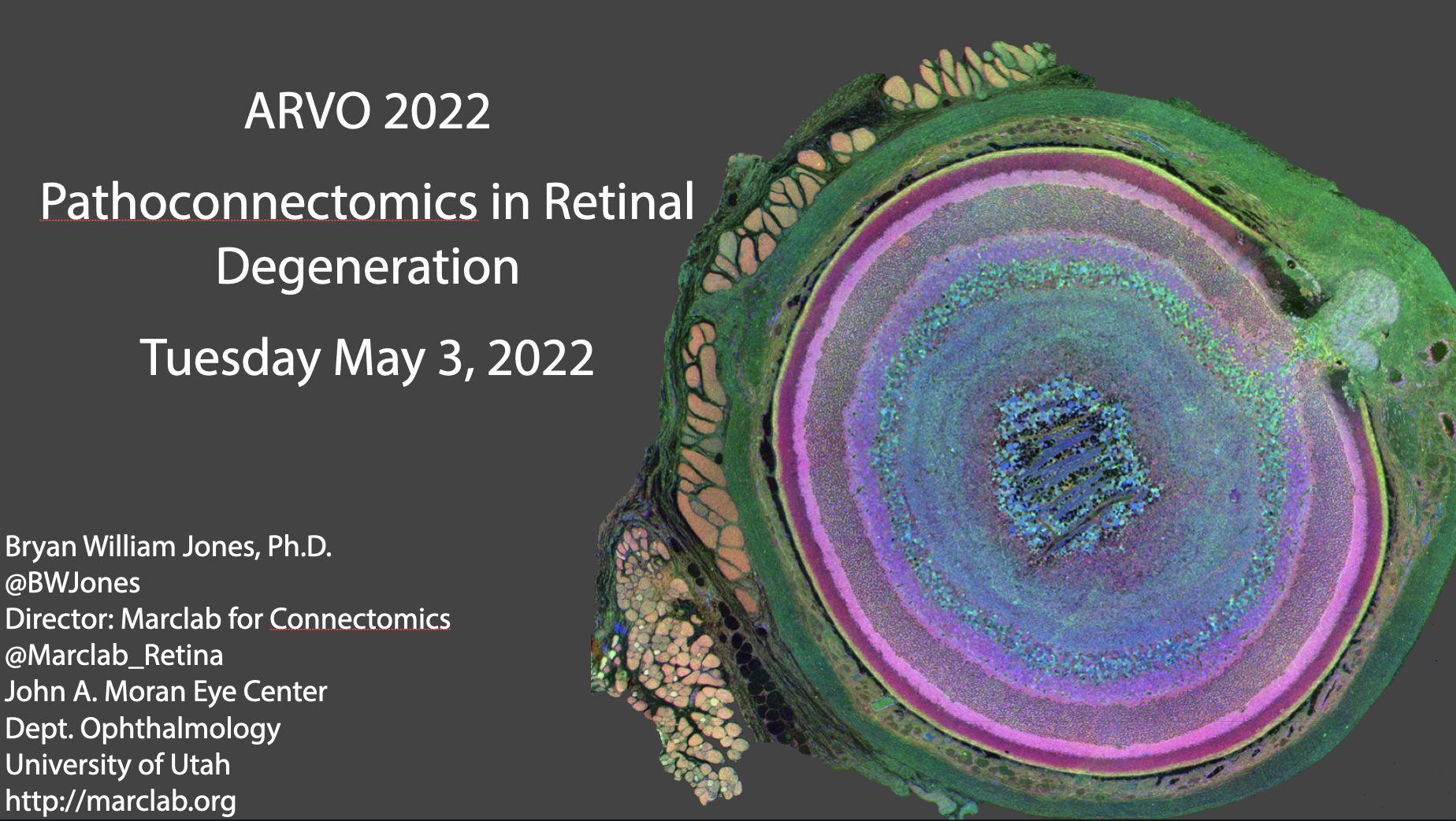 Lab PI, Bryan Jones delivered a talk at the ARVO 2022 mini-symposium on Pathoconnectomics in Retinal Degeneration.

Abstract: Connectomics has demonstrated that synaptic networks and their topologies are precise and directly correlate with physiology and behavior. The next extension of connectomics is pathoconnectomics: to map neural network synaptology and circuit topologies corrupted by neurological disease in order to identify robust targets for therapeutics. The retina is ideal for pathoconnectomics approaches, and reveals common rules of how neural systems are wired, and how they break in neurodegenerative disease.