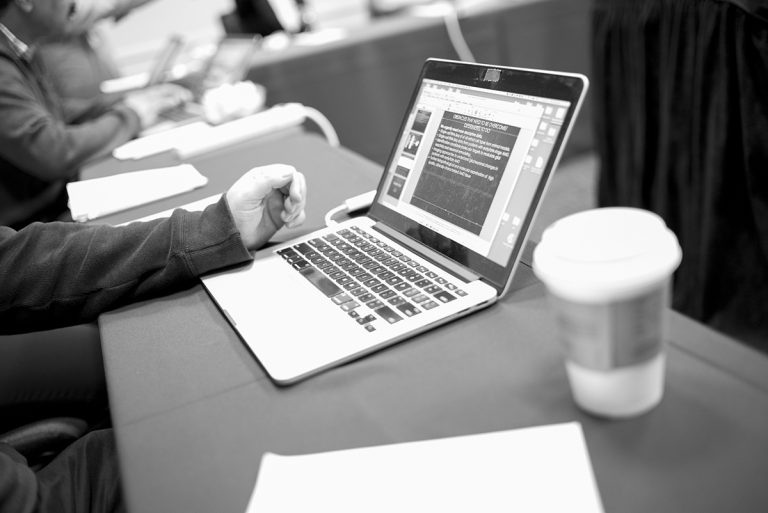 Last week I attended the Ryan Initiative for Macular Research meeting at the Beckman Center down in Los Angeles.  This was my first time attending the meeting as I’ve not traditionally been an AMD scientist.  Though we’ve been working more and more in the field, applying what we’ve learned through the study of other retinal degenerative diseases.

I gotta say this feels like a bit of a victory of sorts as we’ve been advocating more attention to the inner retina in retinal degenerative disease for a while now.  Our work is better known in the field of retinitis pigmentosa, but we’ve published work showing that AMD behaves just like retinitis pigmentosa which is incredibly similar to CNS neurodegenerative disease.  This is a perspective we will be pushing harder in the very near future, including a position that we should be using retina as a model for understanding CNS disease.

There are more photos of the meeting over on Jonesblog.