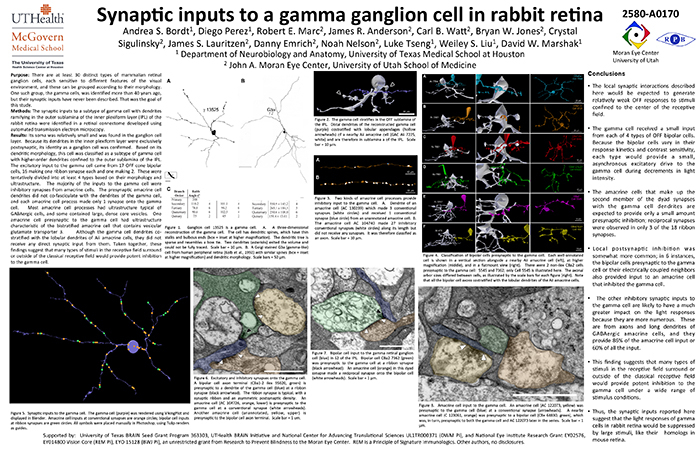 Purpose: We recently used pattern recognition analysis to show macula areas can be classified into statistically distinct clusters in accordance to their age-related retinal ganglion cell layer (RGCL) thickness change in a normal population. The aim of this study was to perform a retrospective cross-sectional analysis utilizing a large cohort of patients to establish accuracy of this model and to develop a normative dataset using a 50-year-old equivalent cohort.

Methods: Data was collected from patients seen at the Centre for Eye Health for optic nerve assessment without posterior pole disease. The grid-wise RGCL thickness was obtained from a single eye of each patient via Spectralis OCT macular scan over an 8×8 measurement grid. Measurements for patients outside the 45-54 age range (training cohort) were converted to 50-year-old equivalent value utilizing pattern recognition derived regression model which, in brief, consists of 8×8 grid clustered into 8 distinct classes according to the pattern of RGCL thickness change with age. Accuracy of the predictions was assessed by comparing the training cohort’s measurements to the 45-54 year reference cohort using t-test and one-way ANOVA.

Conclusions: Our regression model for normal age-related RGCL change can accurately convert and/or predict RGCL thickness for individuals in comparison to 50-year-equivalent reference cohort and could allow for more accurate assessment of RGCL thickness and earlier detection of significant loss in the future. Caution may be needed when applying the model in the foveal area or for patients older than 70 years. 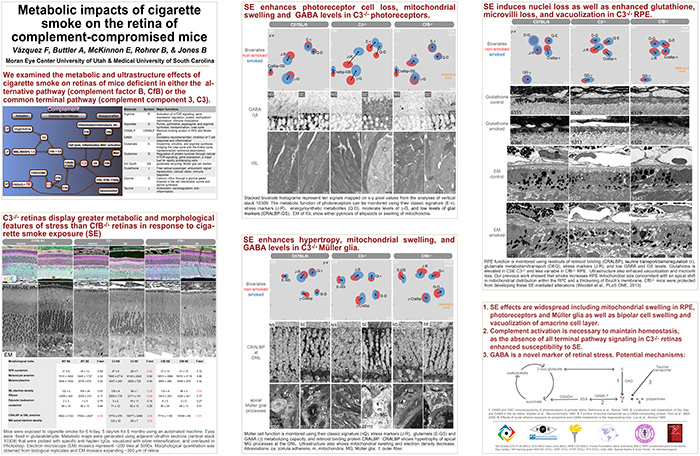 Purpose: The interaction between metabolism and the immune system is hypothesized as playing a central role in the pathology of neural diseases including Age-Related Macular Degeneration (AMD). We investigated the effects of cigarette-smoke exposure (CSE) on metabolism of retinal cells in wild-type (wt) mice, and mice deficient for the alternative pathway (complement factor B, CfB) or common terminal pathway (complement component 3, C3).

Conclusions: Increased GABA levels in RPE and photoreceptors are consistent with Müller glia dysfunction. Our metabolic profiling suggests that RPE and Müller glia are vulnerable to CSE-induced oxidative stress. We also find that the potential complement activation status of the retina-RPE-choroid unit highly influences the metabolic response of retinal cells to CSE. As complete blockade of the complement system in the C3-/- model has a more dramatic impact on metabolism of RPE, Müller glia, and photoreceptors than observed in the CfB-/- model, it can be proposed that downstream signaling of the complement system is required for retina health.